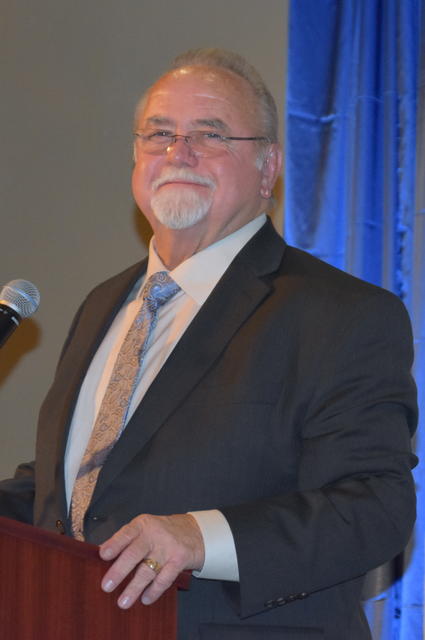 Randy Ghan entered the Labor Movement in 1973 as a member of the Bakery, Confectionery and Tobacco Workers Union, Local 85 (Bakers 85) at the Perfection Macaroni factory in Fresno. He was only a few years removed from his activism at Humboldt State University, where he organized nonviolent demonstrations to protest the Kent State shooting and Vietnam war. While still a rookie on the factory floor, Randy became a forceful messenger on behalf of his peers. He quickly developed a habit for challenging the company about workplace conditions. At the age of 23, Randy was elected as the first shop steward in the history of the factory and landed a spot on the union bargaining team as a result. That’s where he met his soon-to-be mentor, Al Platz, who was the senior Business Representative of Bakers 85. Platz was so impressed during the union contract negotiations, that he offered Randy a job with the union after the contract was settled. And the rest is history! Randy went to work for Platz in 1975 and joined the executive board of the Central Labor Council (CLC) in the same year. He often reflects on a “vibrant Labor Movement when 30% of the workforce was organized in a union.” Randy worked for the Bakers union for the next 20 years. He ultimately became the business representative for the entire Central Valley.

In 1990, after 15 years of being on the executive board of the CLC, Randy decided to run for Secretary-Treasurer (CEO) after the incumbent refused to host an annual Labor Day picnic. Apparently, everybody wanted a picnic on Labor Day. Randy went on to win the election with support from his allies at UFCW 1288 and SEIU 752 and hosted over 25 successful Labor Day events. When Randy took over as CEO of the CLC, it was a volunteer position for a completely broke organization. The CLC was $12,000 in debt and had zero resources to pay basic operational costs. Randy pulled the CLC from debt by affiliating dozens of new unions and brokering deals that helped save money and build political capacity. Today the CLC has 3 full-time staff members with exceptional benefits and stands as one of the best funded Labor Councils in California. Randy was recognized for his fast start at the CLC as the 1992 Labor Leader of the Year. He will be the only Labor Leader to ever receive this honor twice.

By 1993, his friend and Vice-President of the Labor Council, Bennie Zubowski, had recruited him to leave the Bakers union for a Vice-President role at SEIU 752. Transitioning from the private sector to the public sector gave Randy valuable insight into staff operations and management. He would later use these skills to develop the council into what it has become today. His time at SEIU was a hallmark of his career, but it did not come without challenges. Only 3 months into his tenure, Randy was unexpectedly thrust into leadership. His boss, Zubowski, became ill with Leukemia and was transferred to Stanford medical center for treatment. He underwent a bone marrow transplant, but never returned from Stanford. Randy tells this story often and commonly points to the old picture hanging in his office of “Bennie” on the front lines of a labor protest. Although new to SEIU and emotionally impacted, Randy was elected to the Presidency of SEIU 752 and successfully led that organization until it’s merger in 1998. He vividly recalls servicing thousands of Yosemite workers and their families during the catastrophic floods that shut down the national park in 1997.

In 1999, Randy negotiated a severance contract with SEIU that would cover his salary and benefits as the full-time Secretary-Treasurer of the CLC after the merger. After 3 years, he had built the CLC into an organization with a full-time staff member and an operating surplus. But that wasn’t good enough for Randy. In 2002, the Central Labor Council formed a business partnership designed to execute Workforce Development Board (WDB) contracts that train unemployed workers for new industries. That partnership is called The CLC Partnership and has operated successfully for the last 16 years. It is jointly formed between the Central Labor Council, Propath and Regenerate California Innovation (RCI). Randy served as a Director since its inception, adding countless hours of work on top of his duties as Secretary-Treasurer of the CLC. He called the partnership his proudest accomplishment, adding “putting people to work, regardless of union status, has always been part of our mission.”

After 16 years of successfully managing WDB contracts, the CLC Partnership boasts 43 staff members at Workforce Connection in Manchester Center and 11 more in San Mateo county. Instead of taking an additional salary for his many hours with the partnership, Randy always saved the money to hire additional staff at the CLC. He constantly credited his partners Keith Bergthold and David Bacquerizo, and their manager Art Moss, for the continued success. Although Randy stepped down as CEO of the CLC in 2017, he maintained status as the Secretary-Treasurer of the executive board, a Director of the CLC Partnership and an active member of the labor community until his passing. Having been on the front lines of every single political fight over the last 4 decades, and being elected to almost every type of board or commission available, Randy’s career was always about foresight, capacity building and strategic negotiations. He proudly mentored dozens of Labor Leaders in the last three decades and notably chose to step down as CEO at a time when the Central Labor Council was at its absolute highest point. He often called himself fortunate to have been elected twelve consecutive times as Secretary-Treasurer and ultimately becoming the longest serving CLC CEO in California. He held, “the endless challenges of the Labor Movement” kept him inspired since 1975.

With the CLC and the CLC Partnership operating at record capacity, Randy’s legacy will be one of consistency and accomplishment. He spent a lifetime building union power in a region that does not always openly welcome union organizers. His wisdom and years of experience will never be forgotten, as he always took the opportunity to educate those around him with his many stories. Everything Randy touched in life seemed to grow from his connection, from the organizations that he managed, to the generations of Labor Leaders, to his family and loved ones. His life was one triumph and compassion, and his infectious laugh will be deeply missed by anyone that spent time in his presence.