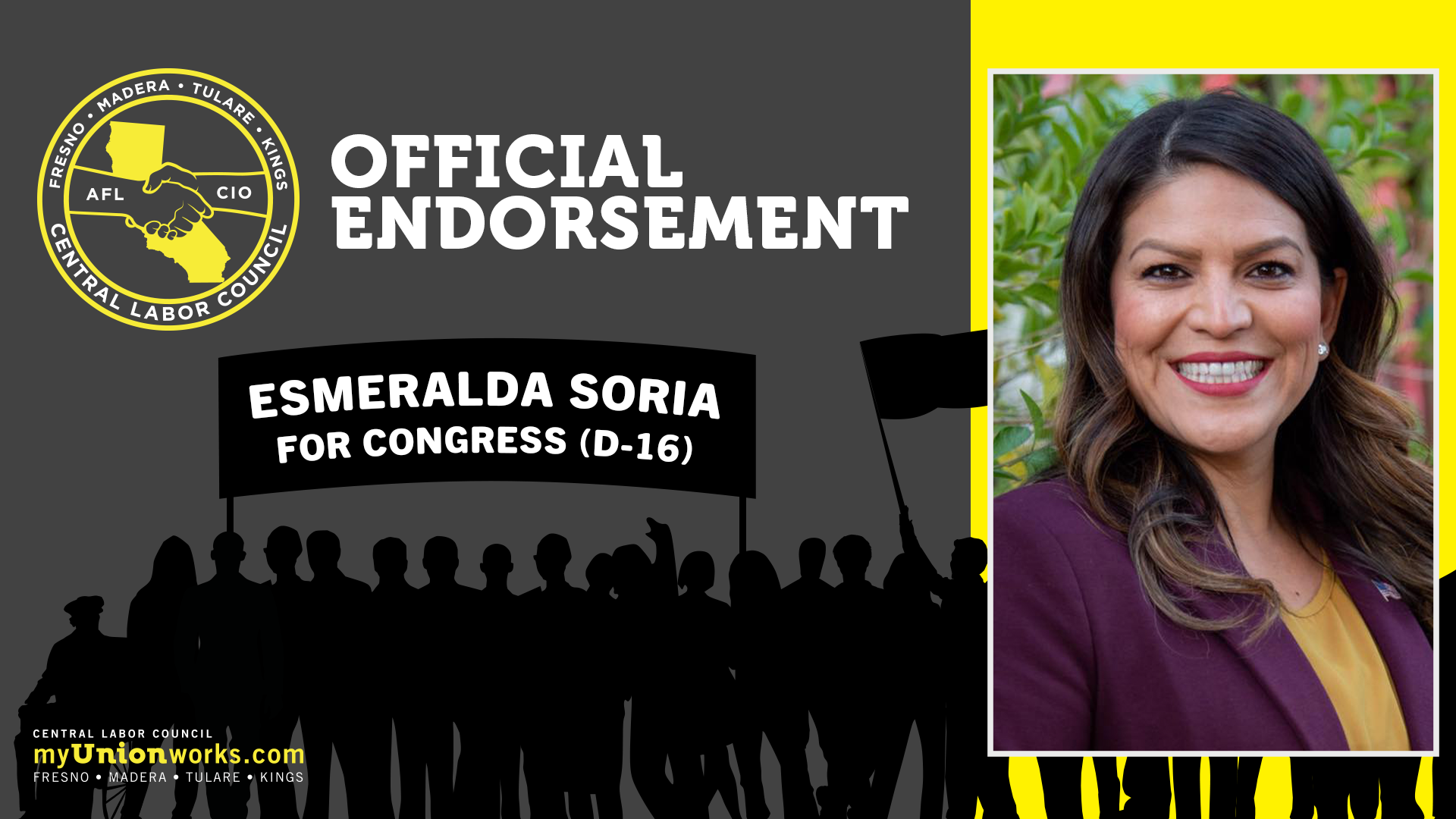 FRESNO, Calif. – The Fresno-Madera-Tulare-Kings, Central Labor Council is thrilled to announce its endorsement, and that of the California Labor Federation, behind Esmeralda Soria’s historic campaign for Congress.

Soria, 37, has spent the last six years as the only woman on the Fresno City Council, and, if elected, she will become the first ever woman and first Latina to serve the people of Congressional District 16.

“Esmeralda Soria has been an unapologetic advocate for working families long before she ran for city council in Fresno. Union members knew Esmeralda was a champion for workers when she helped save 150 sanitation jobs in Fresno during the Measure G fight in 2013,” said Dillon Savory, Executive Director of the Fresno-Madera-Tulare-Kings, Central Labor Council. “She has spent time in the White House, the state senate, the state assembly and at Fresno City hall. She is a principled public servant and a proud union sister. Now it’s time to make history and send her to Congress.”

The Central Labor Council is comprised of 53 local unions that span four counties and represent more than 105,000 Central Valley residents. After interviewing candidates for Congressional District 16, the Executive Board voted to recommend Soria to the California Labor Federation convention. The convention delegates voted to endorse Soria without debate in early December. 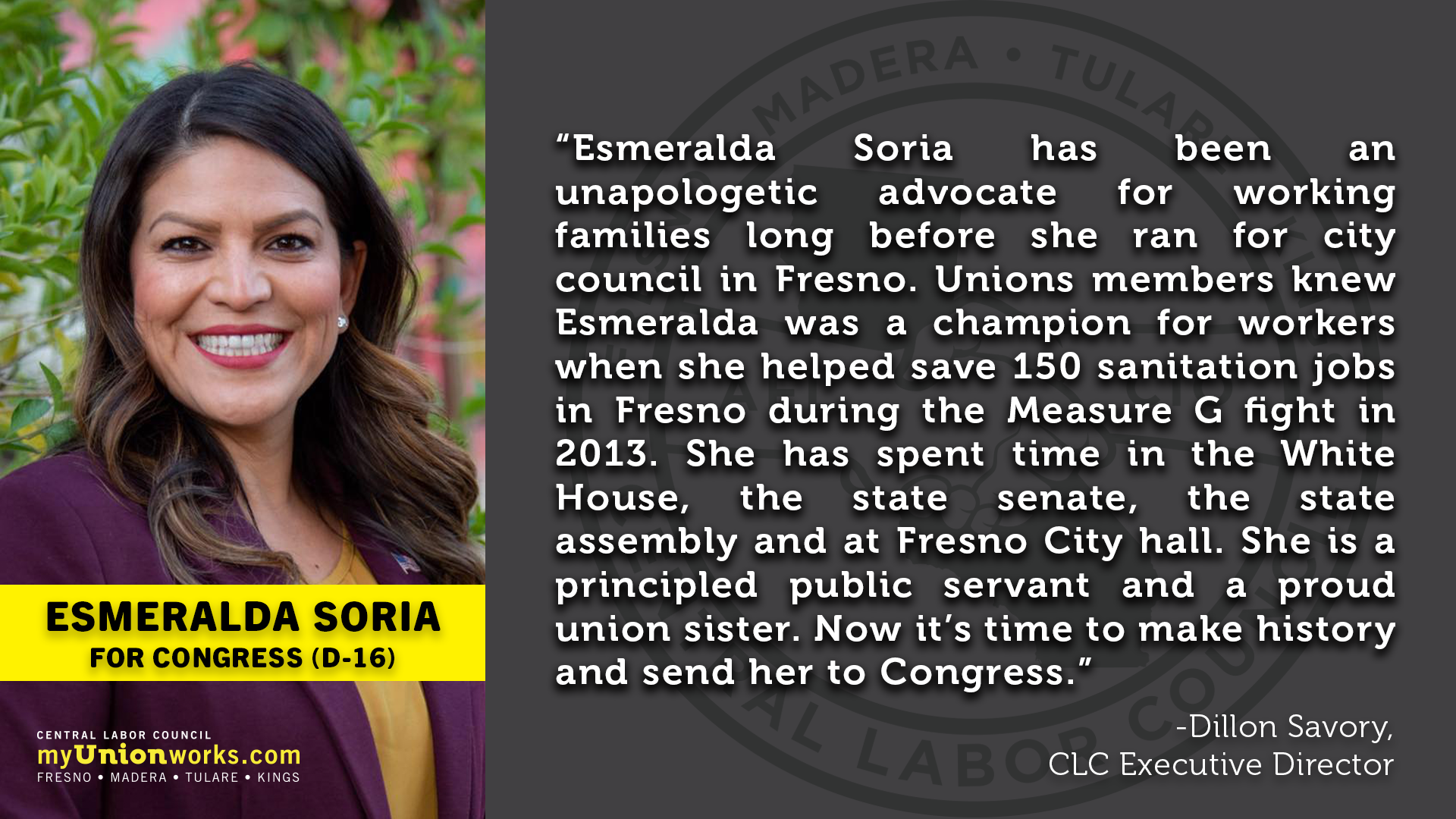