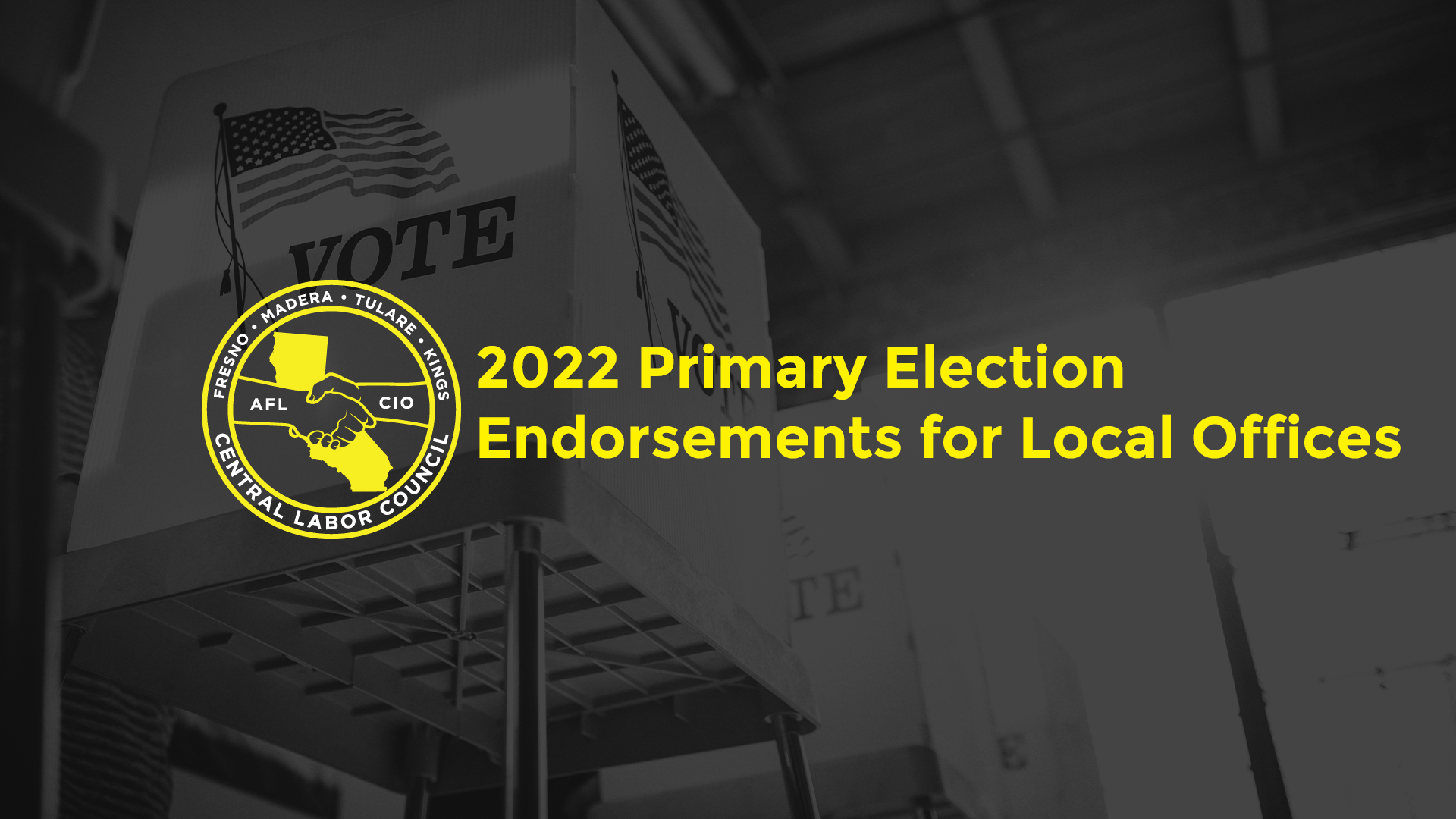 “Many of these leaders are incumbents and we are excited to continue advocating for them in public office as they have advocated for working families throughout their tenures,” said CLC Executive Director Dillon Savory. “Annalisa Perea and Jose Antonio Ramirez are two exciting challengers that we are supporting for new positions.”

The Fresno-Madera-Tulare-Kings Central Labor Council comprises 53 local unions across four counties and represents more than 105,000 San Joaquin Valley residents. The council’s Executive Board spent the previous three months interviewing candidates for local offices and sent out questionnaires as part of the vetting process. The Executive Board then voted in favor to endorse the above candidates for local offices.

The California Labor Federation received our council’s recommendations for federal and state offices and those endorsements are:

All California active registered voters will receive a vote-by-mail ballot beginning May 9. Early Voting sites will open that same date, and beginning May 10 all counties shall open ballot drop-off locations. Counties that are part of the Voter’s Choice Act, which includes Fresno and Madera counties, will open Vote Centers beginning May 28. On the final day of the Election, June 7, polls will be open throughout the state from 7:00 a.m. to 8:00 p.m.